In the rehearsal room: Contessa Treffone 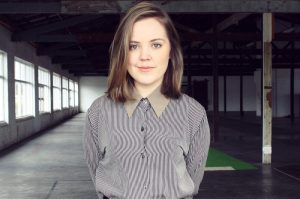 That would have been challenging for Anna Barnes to write, but she is amazing. Coming into week three of rehearsals, it is also challenging for my fellow actors Kate Cheel, Lucy Heffernan and Liam Nunan- but they also are amazing. Our director Luke Rogers knows it’s a challenge, but I suspect he likes that. We are constantly exploring new ways of staging the play, and new ways of thinking about theatre.

I think we have created something exciting that will provoke you to think about things in a different way. Take the challenge, come see it.