In The Rehearsal Room: Charlotte Hazzard 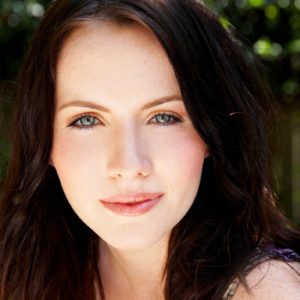 The rehearsal room is a sacred place. And it’s probably my favourite part of the process of theatre making. The unearthing of the work. A chance to play, explore, ask questions, discuss, make choices that don’t quite work, make discoveries, ask more questions… It’s thrilling, exhausting, moving and essential.

As we make this move from our rehearsal room – which has been very much a blank canvas of white walls, fluorescent lights and bipolar temperatures – into the theatre; I naturally feel terrified, (wonderfully) terrified. The leisure of having TIME and space to play, explore, doubt, rework and try different things slips away as we move into the theatre and the technical and real world of the play is established. Add sound, lights, costumes, set and all of a sudden we have our first audience. Where did all that time go?

Then we move into the season which becomes an opportunity to go deeper, keep discovering and to meet our audiences, who play an important role in this play.

Blink is very much a retelling of the personal histories of Sophie and Jonah. Their love story. They reveal pieces of information about themselves through memory, individually yet beautifully combined. This has been an exciting part of the rehearsal room, discovering: where they are, who they are speaking and why they are speaking. These seem like very obvious questions to ask, and in most plays context is something that is very easy to discover, but Phil Porter has given no obvious answers in this piece. Which adds to its beauty and charm. However, they are essential in discovering as motivation and objective are essential part of being. They are questions Luke has been very cautious of not forgetting or disregarding and finding specific truths has been essential to the process.

It’s the who that excites me and something I have been thinking about heading into our tech week. There is a third party that it is privy to the information the two are divulging; in fact they are reason why they are speaking also. Sophie and Jonah speak not to each other (however in sync they may seem at times.) However, in a play with only two actors, two bodies in the space; the third character naturally becomes the audience.

Direct address. I’ve worked on plays that have used this device but never to this extent and never in such an intimate space. The audience play such an important role in the play that it’s a little bit scary to think they are the final thing to be introduced.

Working in traverse has added to the challenge, so much that our wonderful Stage Manager, Julianna Taahi, strategically placed smiling faces and frowning faces around the room to represent where audience are and are not going to be.

Over our rehearsal period I’ve become friends with those pieces of paper, they are consistent, quiet and the white sheets bleed easily into the wall. So unlike any living person. So it’s thrilling, in all senses of the word, to introduce this final piece of the puzzle. But, I look forward to meeting them, and hope to see you there….

I’ll leave you with the Oxford dictionary of a blink: